And that means... A month of Dragon related awesomeness!

This first week, a special treat for all the current and future Dragonlords who have supported us for all these years-

The Dragon base classes have been totally reworked! 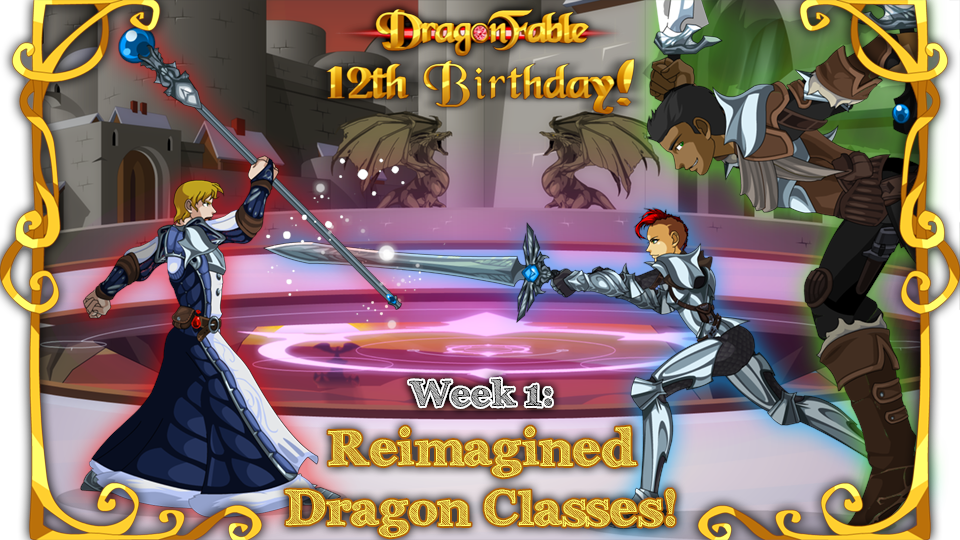 Dracelix has redone the art for the Dragon classes, and I've done a massive overhaul of each one.

Channeling the raw fury and power of dragons, the Dragon Warrior has the ability to sacrifice resistances and critical hit rate in order to unleash incredible amounts of damage!

Risky to play, but very rewarding.

The Dragon Warrior has a 3rd part of the double/triple combo that warriors know and love- Unleash!

This attack does 6 hits of damage to your opponent!

Dragon Warrior's class ability is Dragon's Fury: Using Dragon's Onslaught and Dragon's Frenzy gives you an adidtional +100 Boost while both are active. Destroy all before you!

The Dragon Rogue takes a more subtle approach to combat. Armed with a variety of Dragon extracted toxins, the Dragon Rogue applies DoTs while being a defensive bastion at the same time.

The Dragon Rogue has access to 4 Toxins, applied when you use defensive skills. These DoTs will also steal some health for you when you attack an enemy afflicted by them.

Sneak around in the shadows, drain the life from your enemies, and finish them off with a surprise attack!

The Dragon Mage is a master of the elements, using the power of the Dragons to weave a storm of chaos.

As you buff yourself and debuff enemies, the storm picks up, and the Dragon Mage uses the Dragon's Tempest to great effect.

As you build up your tempest, you gain additional critical hit chance against your target (up to +100 crit, 50% crit chance)! Strike while your foe is down!.

These classes are only available to Dragon Amulet holders!

You can find these classes either in the house Armor Closet, or from the Dragonsgrasp trainers!

This is only the first of many things to come this month!

We hope you'll join us for this month of awesome festivities!

Join us on the forums to discuss the many years of DragonFable, this week's release, and more!