Now that Falconreach is safe, and the candy economy has recovered from an undead interruption, it's time for Trick-or-Treating!

Croft has appeared, and is accessible from the Mogloween Storybook with new masks to earn! Explore and unlock the neighborhoods of Croft to earn candy and unlock a variety of masks!

Check out this year's Trick-or-Treating event, or access the Night of the Ebil Dread war from the Mogloween Storybook!

Book 3 Falconreach's Guardian Tower is also almost ready for re-opening. Unfortunately, the basement is still under construction, and the Guardian training manual was found to be severely outdated- so its doors will have to remain closed until those issues can be resolved.

Also this week, the Pirate class has received a major update! Note: These changes do not affect Dread Pirate, which will become a Pirate class customization at a future date.

The Pirate class now has a couple of new mechanics! Avoiding or Defending against an attack will now give you an Opening against the attacker, allowing you to fire off a couple quick shots before your next skill. Successfully taking advantage of an Opening will earn you Plunder, which increases the base damage of your damaging skills! You also get an Opening at the start of battle against all your foes! But with all that Plunder... watch out for the allure of Cursed Treasure!

Opening strikes will apply affects of skills, but do not benefit from Plunder.

In summary: Avoid/Defend against attacks to get an Opening. Use that Opening to earn Plunder, which increases your damage!

(Big thanks to a tester who wished to remain anonymous for the Opening mechanic idea!)

Now, for the rest of the changes and adjustments:

Captain Rhubarb in Osprey Cove now has an About Pirate dialogue that explains the Opening and Plunder mechanic.

A massive thank you to the testers who made an extra effort to make sure this update was up to p-arr!

There have also been a number of other fixes and adjustments!

Unfortunately, we weren't able to finish preparing the Guardian Tower for this week's release. But it will be coming soon! We also didn't have time to continue Book 3's Re-imagining this week. The Ninja rework is in the works and coming soon, along with much much more!

Finally... AQ3D is giving away free Artix Points if you log in and find the secret code... or find a friend who already knows it! Sounds like a deal! Read more on how you can redeem the code here: https://www.artix.com/posts/how_to_redeem_artix_points/

The Night of the Ebil Dread is Almost Over!

The war's 75% mark has been passed, and Artix is in sight! The Night of the Ebil Dread may nearly be over... if you can make that last push to the end!

Battle on and slay the hordes of undead! Catch up to Artix and get your hands on that Ebil Book!

The undead await, but Artix waits for no one when there are undead to be slain!

Join the war for the epic finale and do your part to save Falconreach!

(Trick-or-treating will be coming with next week's update!)

Also this week, we have a few adjustments and fixes.

And that's all for this week!

Mogloween 2022: Night of the Ebil Dread!

The wonderful season of candy and pumpkins is upon us! As the scent of fallen leaves and spiced Cocoaberry juice wafts through the air, the Cauldron Sisters have created a new spread of tasty Mogloween treats for sale! 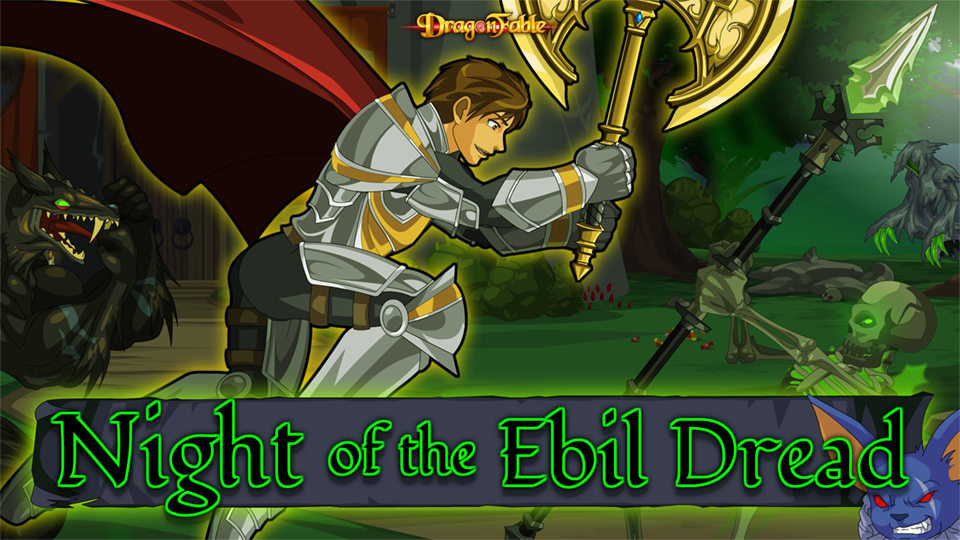 Arena at the Edge of Time: A.A.R.G.H. Update and More!

This week, the A.A.R.G.H. system at the Arena at the Edge of Time has received a new update! 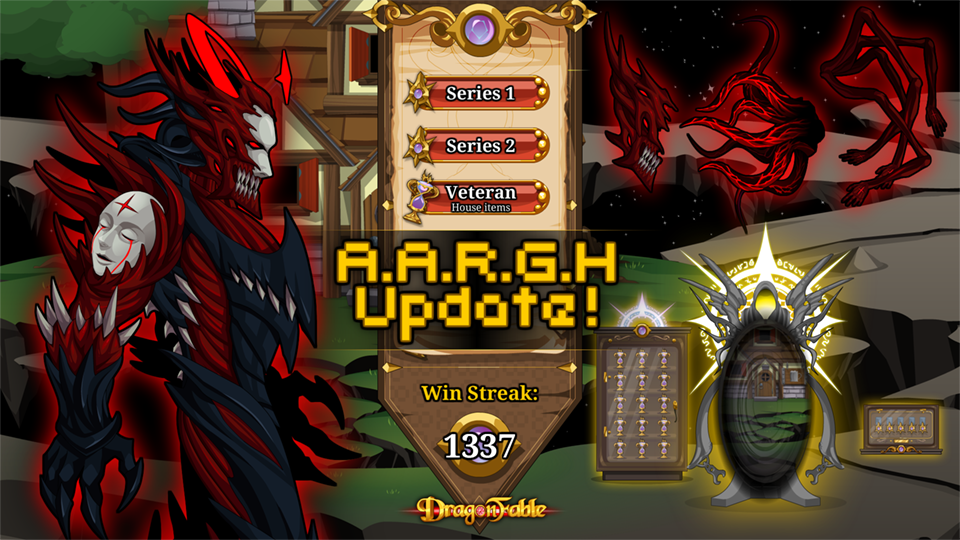