"Lim said they were helpful at first so maybe they should just make up and Lim can have more helpers! :^) (so long as there's no more food haha)" 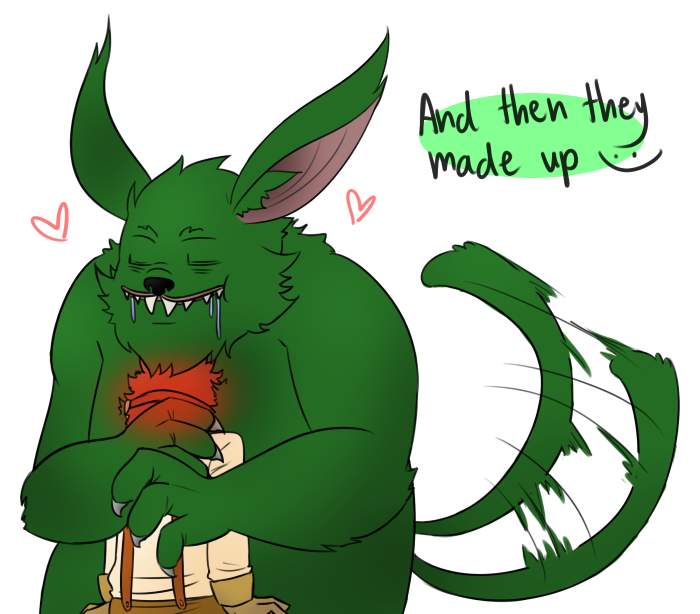