Over the town lies a mantle of white....

Piles of snow glint bright white in the light. Hero's hearts are thrillin' in spite of the chill in the weather!
No, it's not Frostval in July, although some of you were hoping for just that on the forums.  Sorry to disappoint!  But I think you'll REALLY want to figure out WHY it's snowing in July!  The implications of this are dire.  Better get sleuthing and double-check everything you know about snow, ice, and other ice-related things for clues!

(Not so) Little Nythera is growing up!
Or, at least, becoming more mature.  Almost.  She's getting there!  In the latest quest, you'll again play from the viewpoint of Nythera as Elucidas sends her to talk to the DragonLords to get a better feel for how normal humans view Dragons.  And what better Dragonlords to talk to than... Elysia's parents?  Unfortunately, they have a task they MUST do- investigating a brand new monster from the Void- and Nythera is just the person to help with it!  But when Nythera faces this little baby, the results are VERY unexpected! 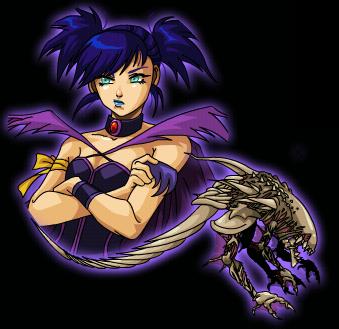 (It will eat your) Face-off!

Stone Mayan-dragon themed weapons will drop from the quest as rewards!

We are at MetroCon this weekend!
That's right, if you're in the Tampa Bay area, try to stop by and say hi!  And if you can't make it, here are some pictures from Artix's Twitter to tease you with!  (The swag in the pictures should be going up in Heromart as soon as it's ready.) 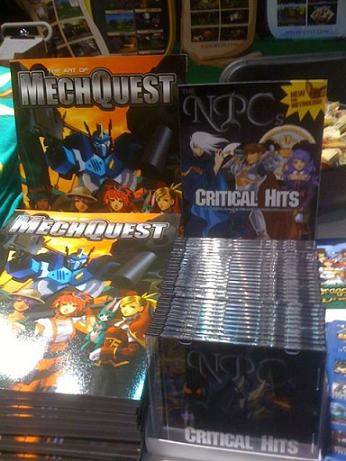 CDs and tshirts and artbooks, oh my! 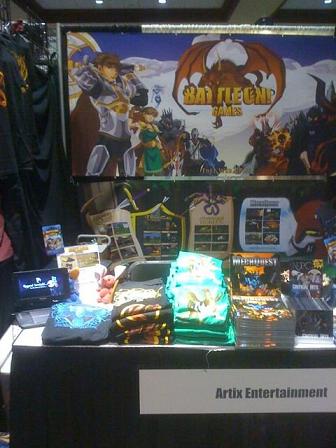 Not just swag, but a whole BOOTH of swag!

Geopetal will be releasing some random quests in Falconreach later tonight, but she's sick and needs to take care of herself, so expect that update to come in a bit!

Have a great weekend, and we'll see you all on Monday!  As for me, I'm planning on trekking to MetroCon this weekend to check out all the good stuff they've got there.  Hope to get to say hi to some of you!