Talk to Mritha in Sulen’eska to continue your adventure infiltrating the Runed Fortress! You’ve found the Third Level door, but not the way in. You’ll have to investigate the Cafeteria and see if you can find out anything from the other Rose Soldiers! Good luck!

Edd Armor
With this week’s quest, you are now able to choose between two different Edd Armor Classes. A new, stronger version is available, but you can still pick the older version for more challenging fights! The Runed Fortress quest has been updated and will equip players with the new version. 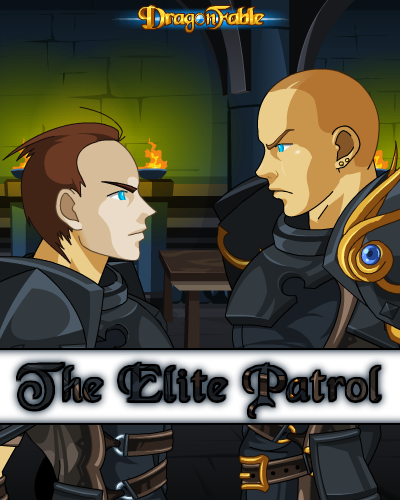 And now for a mysterious note....

A gale of emotions, images and feelings flood your mind. They come together and materialize into a scene that unfolds before you.

A Rose Soldier sat alone at an empty table. Other, miscellaneous bunches of soldiers partook in lively chatter and eating at the tables around him yet he made no effort to join them. He twitched uncomfortably, a timid stare fixed upon the table top as if too nervous to watch anything else.

Another soldier walked up to the table. His gate was steady, his air indifferently confident. If anyone nearby noticed him, they paused slightly at his passing, intimidated by his form that was taller and brawnier than theirs. The soldier put on a beaming smile as he dropped a bowl of food before the lone one.

The nervous boy flinched for a moment, staring in surprise at the bowl, up at the other soldier and back at the bowl again. It was not long before a great, sincere smile stretched itself across his lips.

''I don't know what to say, Vince. Ever since I came in, you've haven't stopped being nice to me even though I'm a complete nobody! You're the best!''

Paul replied only with a small, shy nod. His eyes turned back towards his bowl as he inspected its content with a curious eye.

The bowl's contents were quite unlike what he expected. Although Paul has only been a short time at the facility, the opportunity to ascertain that the Head Chef was a marvelous cook had already been bestowed upon him. Whispers of the name ''Gaston'' had reached his ear but not yet the sight of the character. The bowl before him instead held a strange, lumpy grey purée. Paul was further enervated as, in an idle moment, he thought, but would swear he must have been mistaken, he caught a glimpse of movement from the food.

''So… what is it?'' inquired Paul, a hint of embarrassment in his own voice.

With a wave, Vince started his way off.

Paul's attention went back to his meal. He stared for a moment, shrugged, grabbed his spoon and dug in.

Paul grabbed a spoon full and, with little hesitation, swallowed.

At the other end of the room, a malicious smirk drew itself on Vince's face.

Paul drew the spoon back from his purple with blue polka dots face that was not so oddly coloured a moment ago. Nothing occurred for an moment and then his eyes suddenly bulged and he dropped to the floor like a stone. The audible ''thump'' he made finally drew the attention of the soldiers around him. Someone cried ''Medic!'' as they hastily formed a circle around him.

''Have a good lunch, Paul!'' muttered Vince with heavy mockery.

A raucous laughter echoed as his form faded into the corridor.

Another soldier watched the scene and sighed. Some part of him wished he had done something while another, more reasonable one he at least liked to think, knew that it would have done no good. If anything, it would do him more harm than anything else. Resigned, Sam made his way to his own table hoping only that Vince would not pick on him today.

The last of the gale passes and with it remnants of the scene swept away.

AdventureQuest Worlds
The Evolved DragonLord Armor has been added to the AQW arsenal but you must be upgraded in DragonFable in order to unlock it! If you're a fan of both games make sure to check it out this weekend!