The next quest in the True Mortal saga is now live!  Nivalis is not about to make your journey an easy one, so be prepared. The Khy'Rhian Outpost awaits you!  To access this quest, travel to Stoneheart Fall. You can get there by leaving Falconreach's Eastern gate, and travelling north. When you find a shady guy with a giant wolf, you've found the right place. Or.. the wrong place. Depending on how you look at it. :P 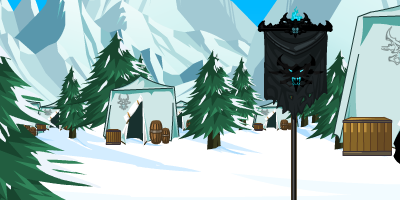 The Khy'Rhian Outpost. Cold and foreboding...

Every year as the leaves begin to turn, we spend pretty much all of October celebrating this event. Later this weekend we will release the Mogloween storybook, which lets you play through all the previous quests from the years before. Make sure you have played it all, because you don't want to miss out on the fun that begins next week!  Get some pumpkin-flavoured gear and buckle up, it's going to be a wild ride!