Twas the Wednesday Before Frostval

And all through the lab, coders, writers, and artists were making such a noise that it completely ruins the meter of this story, so I'm not even going to bother.

So, preparations have continued and by the look of things we're going to have the MOST secure Frostval ever!  No sign of Xan or Zadd, either. And if I so much as HEAR the term eggnog-nomicon...  the moglin-stocks are ready and waiting.

But that's no reason to be festive.  I'm doing everything to keep the Moglins upbeat and happy.  I even alloted a half hour every day for mandatory "Silly Hat Time!"  The moglins seem hesitant to participate. 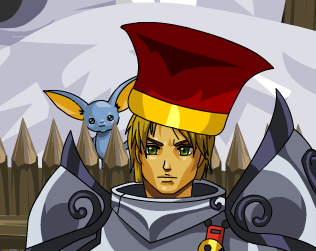 I AM Festive, dangit!

In all seriousness, keep in mind we're trying to get this release out 2 days early, so it's likely to be a late one.  Stay tuned!