Tomix and Verly have been working on some other projects over the past few days. Some progress has been done on Epoch’s animations!

This week, you’ll be going back to Grandiflora to give him another hand looking for his missing soldiers. You haven’t had any luck on the northern side of the Branden Quarter so now you will try by the south. Be careful though! Lots of icky, creeper crawlies are to be had so thread carefully and make sure not to get swarmed by the many-legged while on your search. Good luck and don’t forget to take some down time after your excursion! Grandiflora doesn’t mind having a little chat. 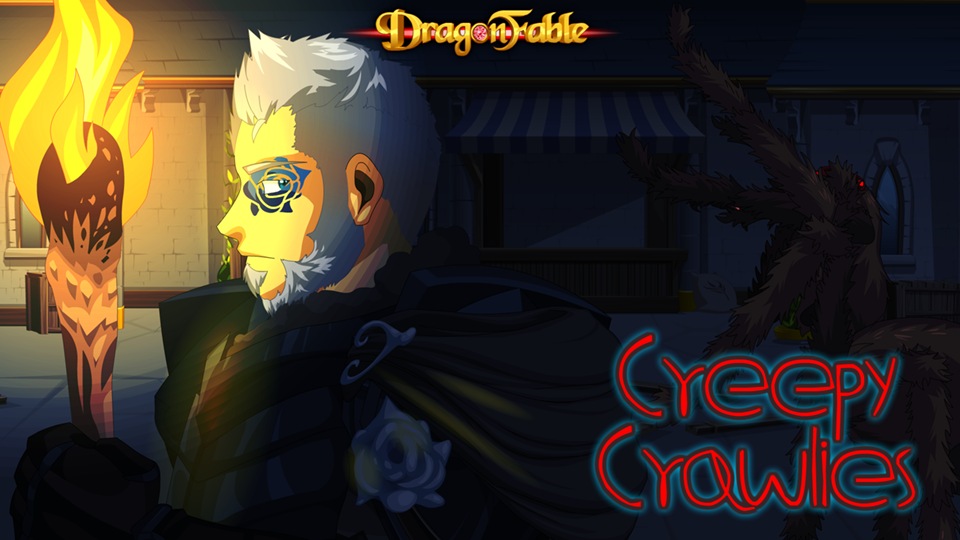 Read more about it and download the Alpha Test (May be buggy!) here.

Fixed: Ruby now only sells her food to heroes with Dragon Amulets.

Fixed: The DragonFable Friends trinket has had its damage reduced by 66%. It was simply way too powerful, and if left alone, would have skewed balance very poorly toward it being a rare item.

Fixed: Manaphages have had their damage reduced significantly.

Character pages are currently not functioning correctly. Saved Dragon and Player colors are not loading properly. The cause and fix are known, but may take some time to be resolved. Thanks for your patience and sorry for the inconvenience.

Dragon Mage projectiles stick on close enemies. This bug is very odd, and I am still not entirely sure of the cause, or a fix for it. I am still working on this, though.

There's only one week left to pick up an Anniversary Scythe, and to also purchase Dragon Coins and recieve 50% more free! Get them while you can!

Join us on the forums to discuss this week's release, And all things DragonFable!