As of the time of writing, The Great Giftnapping War is at 64%! Do you have what it takes to stop the mischievous coalepti?

Or will all the hard work of the Frost Moglins be for nothing?

Tie on your Present on a Stick and get battling! The Frostval finale and weapon gift unwrapping await! 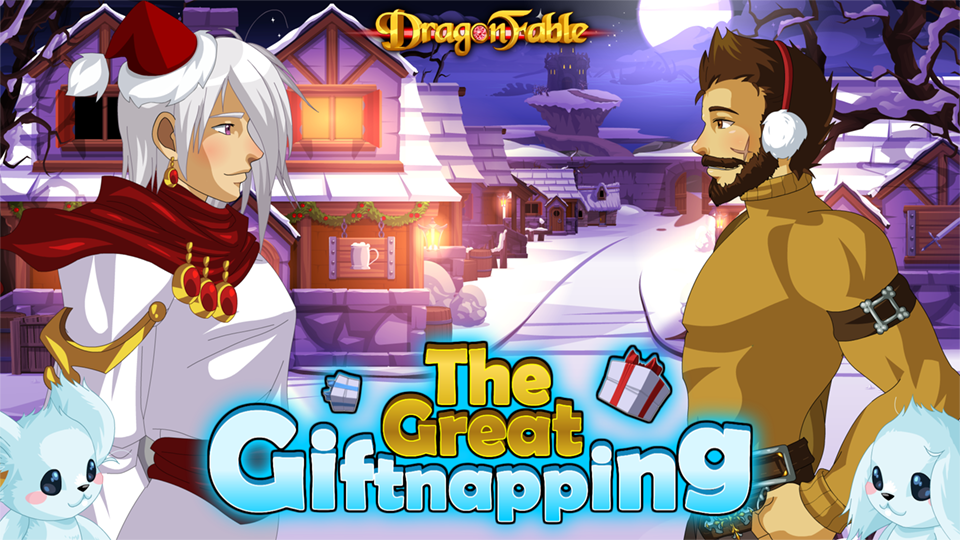 Click on "The Great Giftnapping" in the Book of Lore to help save Frostval!

Also this week, a bunch of bug fixes!

Finally, I'd like to wish you all an awesome new year! A lot has changed for DragonFable this previous year- for the better! And it's thanks to all the players and DragonLords who play and support and spread word of the game that we're able to continue this incredible project.
So thank you all for playing DragonFable, through the good, the bad, and the buggly!
Here's to another fantastic year!

Have feedback about recent releases? Having trouble with any fights? Want to discuss all things DragonFable?