The next part of the Azaveyran Challenges is here!

This time, you'll be facing against an enigmatic Unraveler, a being from Tkaanish mythos and tales folks say to scare the children.

Even though this figure is absolutely not real (or is it...?), the Inn has created a representation of it for you to conquer and earn rewards. 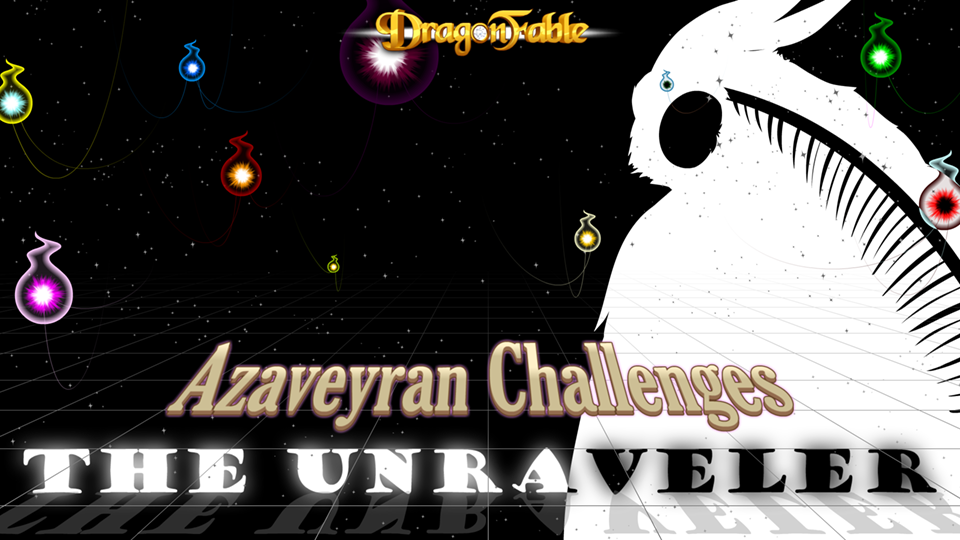 What does these fables say about the Unraveler?

That it is a tall, moth-like creature with pale raven wings.

That it appears in dreams, prophesizing looming death... or arrival of new life.

But it's all just peasant superstition!

Verlyrus here with an update on Epoch!

As part of the redesign, I've developed a really cool way for skills to work! One of Epoch's skills, Boost, will boost different stats.

What makes Boost so cool is that every time you use it, you gain a boost to a different stat (along with a slightly different animation!)

Not only that- it only goes on cooldown if you use it enough times to gain all of the different boosts.

This provides some interesting technology for the future- skills with charges, or limited uses before cooldowns, as well as skills that do something different each time you use them.

The Boost system is going to be pretty important to Epoch! I look forward to sharing more with you all as it is developed.